There is a lot of confusion about the differences between single and three phase transformers. We at Johnson Electric Coil Company hope to clear some of that up with this article.

Systems involving single phase transformers have power lines as the input source. However, they only need one primary and one secondary winding to facilitate voltage transformation. They are available in various models with varying features in terms of mounting type, horsepower range, dimensions, taps, shipping weight, and kVA.

With systems involving three phase transformers, the power is produced by the rotation of three coils or windings through a magnetic field inside the generator. These windings are spaced hundred and 120 degrees apart and produce power as they rotate through the magnetic field. The power that is generated from this system is distributed to three separate lines, and thus identified as three phase power. 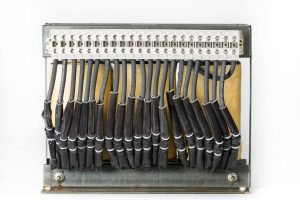 Three phase electricity is the best and most efficient avenue for powering industrial loads. It can facilitate the smooth operation of heavy-duty equipment since voltage can be transmitted over long distances with the smaller conductor. If single phase power is required, two phases of the three phase system can be used to harness the power. In some situations, single phase power can be applied between the ground and only one phase.

Single phase transformers may for three phase applications in one of the following ways:

At Johnson Electric Coil Company, we are your source for custom transformer solutions, including single phase and three phase transformers. Contact us today to learn how we can serve your transformer needs.